Posted on May 25, 2016 by Purdue Global Academic Success Center and Writing Center | 2 Comments 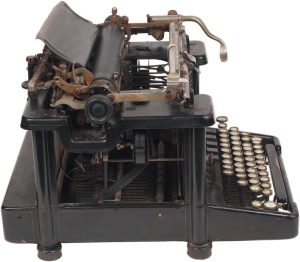 In my spare time, when I am not wearing my Academic Support Center Specialist hat, I’m a humor blogger.  I blog under my maiden name so as to avoid any confusion with any academic writing I do.  As an academic, I attend conferences relating to pedagogy in online education and other such serious matters. As a humor writer, I recently had the opportunity to attend the Erma Bombeck Writers’ Workshop.  It truly was a writers’ workshop and not just a humor writers’ workshop. Not only did I receive humor writing tips, but I also relearned the value of freewriting, and I was reminded of what makes a good conference presentation.

I really enjoyed most of the workshops I attended at the Erma Bombeck conference.  My favorite by far was “How to Uncover Your Voice and Get It Down on Paper.”  The speakers, Kathy Kinney and Cindy Ratzlaff, taught us how to set a kitchen timer and just write without editing or judging ourselves.  This method seems like a common sense practice, but many writers never allow themselves the freedom to write without editing as they go. As a writing professor, I have known about free writing for years, but I had never really allowed myself the pleasure. Kathy and Cindy gave every participant a kitchen timer along with a picture and a list of prompt questions. We did a lot of writing during the workshop.  We also did a lot of laughing when we shared the stories we had written using this method.

During the last five minutes of the workshop, someone told me that Kathy Kinney played the character of Mimi on the Drew Carey Show.  Since I’m not someone who is very interested in celebrities, I had not realized that.  I just thought that she and Cindy were awesome writers and workshop leaders.  At the beginning of the workshop, I had already followed them on Facebook and liked their page Queen of Your Own Life.  Now, I receive daily reminders to stop judging myself and just write. This was by far the most productive session I attended.

While there were plenty of worthwhile sessions at the Erma Bombeck conference, there were also those that I could have skipped.  Even the not so great sessions ended up being educational, though. I learned how to give a good workshop by learning how NOT to give a workshop. For example, I saw one of the original Saturday Night Live writers speak at two different workshops.  Since Saturday Night Live was my favorite show and a career aspiration in my twenties, I had high hopes for this speaker.

The first workshop was a panel discussion called “Let’s Talk about Success.”  The Saturday Night Live alumnus talked about being discovered by Lorne Michaels in a comedy club and having his career take off from there.  It was an interesting story, but not really helpful.  Then, I went to his solo session called “Is There a Secret to Writing Funny?” I never found out if there was a secret or what the secret was because he basically gave the same story.  The only thing I got out of it was “have your best work ready” and “write.”  Other than that both presentations were filled with stories from his fabulous life writing funny scripts for television shows.  Again, for a Saturday Night Live fan, this was interesting, but it wasn’t as productive as the other sessions I attended.

Overall, the Erma Bombeck Writers’ Workshop was well worth the time and money.  I made many great connections with my fellow writers and presenters.  I spent a lot of time at the conference actually writing, which is something I never seem to have enough time to do at home.  I came home from the conference with ideas and the energy to keep writing.  In addition, I also learned that the next time I give a presentation, I will be sure that there are some tangible takeaways for anyone who attends.  Sometimes learning what doesn’t work can help us discover what does work

Like Loading...
This entry was posted in Conferences and tagged conferences, Erma Bombeck, writing. Bookmark the permalink.

2 responses to “Writing Workshops with Erma”